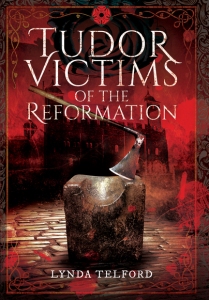 This book describes a selection of people caught up in the turmoil that presaged the reformation – a period of change instigated by a king whose desire for a legitimate son was to brutally sweep aside an entire way of life. The most famous and influential of the victims were the two people closest to Henry VIII. His mentor, Cardinal Thomas Wolsey, a great churchman and a diplomat of consummate skill. The other was to be the King’s second wife, Anne Boleyn. These two adversaries, equally determined to succeed, had risen above the usual expectations of their time. Wolsey, of humble birth, became a price of the church, enjoying his position to the full, before coming into conflict with a woman who had no intention of being another passing fancy for the king. She would become the mother of one of the greatest and most famous of England’s monarchs. They were brought down by the factions surrounding them and the selfish indifference of the man they thought they could trust. Though they succumbed to the forces aligned against them, their courage and achievements are remembered, and their places in history assured. [Description from Pen & Sword]

Thanks to Pen and Sword Books for the chance to read this in exchange for an honest review.

This book doesn’t really cover the victims of the Reformation, so much as it focuses on the lives of two of them: Thomas Wolsey and Anne Boleyn, so it only really covers up to 1536, which is really when the Reformation picked up pace. This means that there is nothing really about Katherine Parr, Anne Askew or the Pilgrimage of Grace, two key figure and one key event in the history of the Reformation, and it doesn’t go into the reign of Edward IV or Elizabeth I, or the counter-Reformation under Mary I, so the title is a little misleading.

There were also a few errors. For example, the Duke of Buckingham executed in 1521 was at a few points referred to as George Stafford, when he was actually called Edward. At one point it was also claimed that Henry VIII acceded to the throne in 1501 when he actually came to the throne in 1509. A good proof-reader would have caught and resolved these problems. They don’t, however, detract from the good tone and writing of the book in general.

I didn’t like that there were no chapter titles, as if you are looking for a particular year, especially when the book is written chronologically as this one is, it should be easy to find a particular period of time. The chapters also don’t always seem to finish where it feels natural that they should. The index is incomplete – for example the pages listed about Anne Boleyn don’t include when she was elevated to the peerage, or about her imprisonment and trial.

The images aren’t legitimate, and there is no description of where they come from – they are not the traditional portrait images or even stained class, but merely pencil sketches that look like modern copies of portraits rather than of the period. These could have done with some explanation or discussion about where they came from.

However, I did enjoy the style of writing, and there were some great phrases which really gave atmosphere to what was being talked about. There is also an extensive bibliography and notes citing the primary sources and explaining their provenance, and this is also discussed throughout the book, which is useful in deciding what to believe.

I have an MA in History, with a thesis entitled 'The Many Faces of Anne Boleyn: Perceptions in History, Literature and Film'. I have an interest in the Tudors and the Wars of the Roses along with my love of reading and literature. View all posts by Helene Harrison